The first International event of this nautical season took place in the elegant and refined setting of the cinema French capital, Cannes. Among the stars of the nautical stage, Absolute is always in the spotlight, as one of the brightest ones. 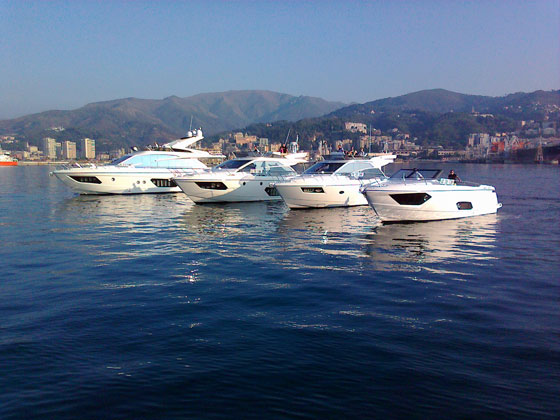 The Italian shipyard presented, in fact here as a world preview, its new flagship for 2013: the "Absolute 72FLY", a boat featured by levels of furniture finishings and inner space volumes which are typical of bigger yachts, but at the same time, with brilliant performances - reduced consumptions - and easiness of manoeuvring, typical of much smaller units.

The new "Absolute 72FLY" is the first boat reaching 32 knots of maximum speed and 26 knots of cruising speed with a fuel consumption of 9,0 l/mile, by giving value to the environmental friendly and economic choice of the two Volvo Penta D13 IPS 1200 engines. Silence has also a great impact on life on board. Noise is highly lower compared with the yachts of the same category but with shaft lines. The presence of the manouevring joystick of the last generation - news for 2013 - also allows driving with maximum control at all speeds, as well as the most flexible manoeuvring chance from the three steering stations according to the different needs of any mooring.

The technological and stylistic creative originality of the new "Absolute 72FLY" was recognized and celebrated by the two "Best Boat of the Year" prizes assigned for innovation and best layout: at the presence of the most important yacht designers and builders, gathered in a prestigious evening on the "Croisette", for the third time in succession, Absolute has seen its most typical values being recognized, i.e. the great care of interiors' design and the fulfillment of original ideas at all levels. The two prizes have certainly been an appreciated surprise, but they do not get isolated: already in 2010 the "Absolute 70STY and in 2011 the "Absolute 53STY" were recognized as the "Best boat of the Year" in the related categories. 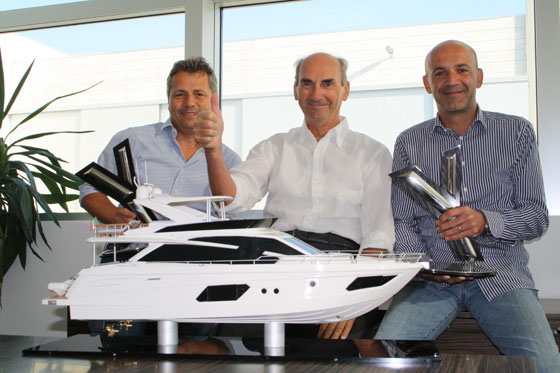 Absolute is proud to celebrate in this way its first 10 years from its settlement in September 2002: in this relatively short period more than 400 units have been built, navigating in more than 20 Countries in all continents. The energy and vitality of the shipyard of the town of Piacenza are mostly expressed in the number of totally brand new models designed in these years: 26 models, including the ones launched in Cannes 2012, starting from the legendary Absolute 25 up to the today's flagship, the Absolute 72FLY, passing through courageous and expert choices like the first multi-engine units, respectively with 3 IPS engines for the Absolute 56 in 2006 and with 4 IPS engines for the Absolute 70 in 2008: these are proofs of the innovation and originality levels of Absolute.

The energy of Absolute has also been expressed by an official and considerable step, i.e. the increase of the registered capital to 4 million Euro, in line with the consistency and solidity of the corporate engagement to face the new great projects.

In Cannes the building of the new Absolute Fly of about 60 feet was announced. The boat is now being designed and it is being launched in Cannes in September 2013, prior to which the model boat can be admired in Düsseldorf next January. This boat will reinforce the range of the FLY models, integrated also by the Absolute 55 feet Fly - great news for summer 2013 - which will make its début in Cannes.