Absolute: a sales network in the limelight 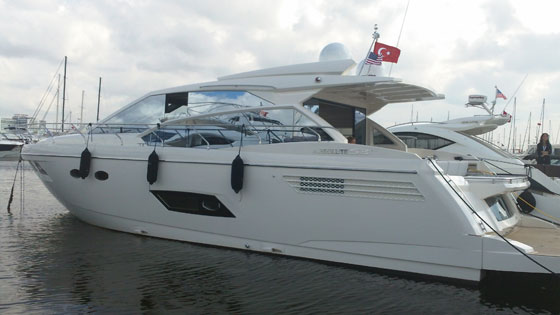 A nautical season is characterized by many events and the most important are by far the International Boat Shows such as Cannes, Genoa, Barcelona and Düsseldorf. Absolute actively and physically attends to these famous events. However, the less known events but no less important events must not be forgotten.

The Absolute sales network also participates actively in the evolution of the brand and promote it at every opportunity that presents itself.

Thus, in Italy, the 24th edition of the Nautilia Boat Show was held from October 22nd to November 1st 2011 and during this period Venice Boat Service, in the person of Gimmy Valente, presented the Absolute 43 Flybridge at Punta Faro.
More to the South, in Naples, from October 22nd to 30th of October 2011 was held for the first time the Navigare Boat Show in the beautiful setting of the Gulf of Baia. On this occasion, Nautica Fusaro exposed 4 boats of the Piacenza shipyard: the 64 Sport Yacht and the 52 Sport Yacht, the 47 Sport Cruiser and the 43 Flybridge. A sample of the range that highlights the 3 categories of boats built by Absolute, an important exhibition compared to other participants.

Even in Croatia, Absolute is truly present. In fact from the 20th to 23rd of October 2011 was held the Biograd Boat Show where Absolute S.p.A was represented by Andre Yacht in the person of Mario Cakar.
For the Turkish International Boat Show, in the Marinturk Istanbul City Port last October, Deniz Yatcilik, the Absolute dealer in Turkey, proudly presented the Absolute 53 Sport Yacht that won at Cannes, the award for the most innovative boat under 24m given by the jury of the World Yacht Trophy competition. It also presented the new version of the 40 Sport Yacht with the aft sunbathing cushion and sofa with reclining back. 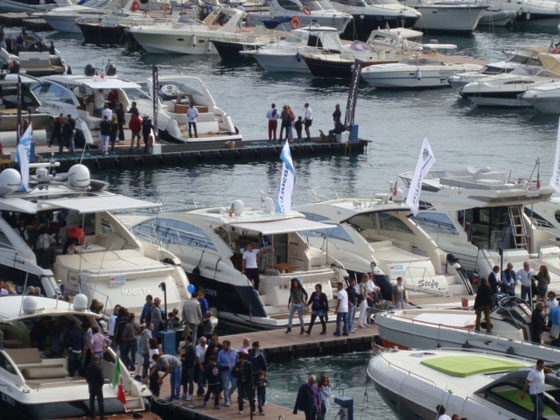 The shipyard is definitely active on all fronts, with an organized team work and a common goal: to promote and affirm the quality of the Absolute boats in Italy and abroad. Especially abroad where Absolute is appreciated for its versatility, International profile and concern for the environment that passes through very low fuel consumption without limiting the performance.