Absolute: in pursuit of Angelina Jolie

Since December 17th, 2010, the Film "The Tourist", introduced by the company 01Distribution, has been showing in Italian cinemas. 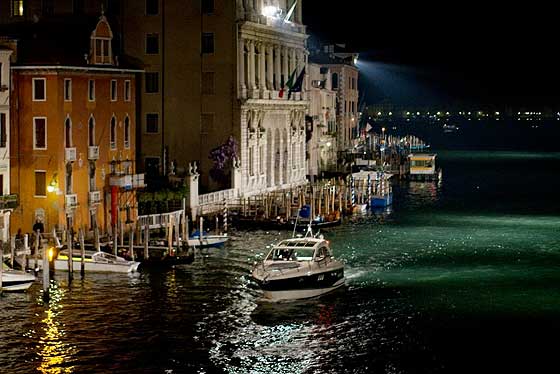 Filmed in breathtaking Venice, a number of breath taking chases occur when the bad people are chased while on board an Absolute 43 STC. The Interpool agent, Elise, is played by the popular Angelina Jolie.

Overwhelming and mysterious Elise wins the American tourist Frank (Johnny Depp). But the encounter is anything but casual and, in pursuit of a potential love story, Frank will soon be swept away in a spiral of intrigue and dangers. 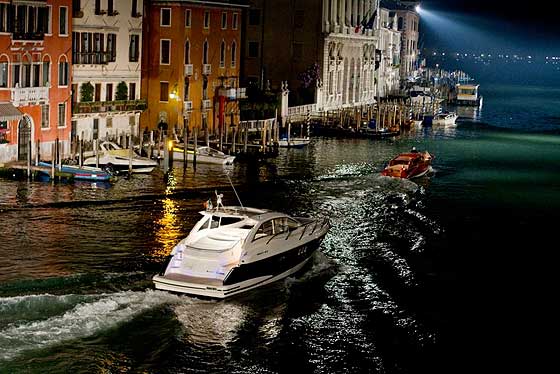 The shooting of the film in Venice, began during last March, attracted a lot of photographers and journalists, even forcing the troup to lock down the set.

During these intense Venetian nights, the Absolute 43 STC sped in the Canal Grande driven by Gimmy Valente, owner of the Venice Boat Service - official dealer of Absolute Shipyard - under the direction of director Florian Henckel von Donnersmarck, winner of the Oscar for Best Foreign Film in 2007, with "The Lives of Others". 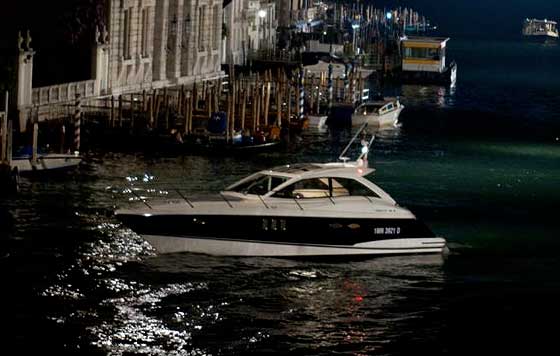 The Absolute 43 STC was chosen to fill this role in the film "The Tourist" thank to the combination of elegance and sportiness of its line, its brilliant performance and its quiteness.